Why you should sensitivity-check your script...

I’ve written previously about fine-tuning a script for voiceover so that it’s booth-ready and there are no unexpected issues when you’ve paid out for a recording session. This is something slightly different. I’d like to think that most creative teams, scriptwriters and clients commissioning a commercial or video might consider every interpretation of their work. But recent experience shows me that occasionally, something slips through. It strikes me there’s a need to sensitivity-check your script – perhaps even your concept – to be sure not just that it’s unambiguous, but doesn’t have the capacity to upset or offend your audience.

Commercially and strategically, that makes sense at any time, for any communication channel. It’s also, obviously, morally and humanely the right thing to do. And it is surely rare that something genuinely insensitive makes it as far as the general public’s eyes and ears.

Not quite rare enough.

We all know – we should all know – that words matter tremendously. That even seemingly innocuous choices of words or phrasing can make or break a campaign, can make someone’s day or break someone’s heart. There’s power in every syllable. The power to persuade, to cajole, to convince. And to hurt, to harm, to humiliate. You know this. And yet, from time to time, some words slip through the common-sense and sensitivity filters.

Catching up on posts in a few voiceover groups on Facebook, I saw that a chap had shared a story published in a national tabloid. It concerned a national UK retailer, specialising in discounted essentials, and its self-service tills. The company had introduced a Father Christmas voice and some festive messaging to guide shoppers through the process. Which is fine, in itself. Until Father Christmas makes jokes about your card being declined. That’s what made me a little irritated. I talked about it on my Instagram feed here.

If you don’t engage your powers of empathy, it doesn’t sound such a terrible thing. It’s a bit of ‘harmless’ fun. I use the word ‘fun, loosely, of course; it’ll be a sorry day when “Card not accepted, is it on the naughty list? Because I’m checking it twice, I’m going to find out who’s naughty or nice” is evaluated as having any comedic or entertainment value. But it’s also not a crowd of people pushing you over and proceeding to livestream you while shouting “Pauper, pauper!”

For some people, having a self-service Santa chuckle at your bank balance loud enough for other customers to hear means nothing; they’ll shrug it off. Others might feel mild embarrassment or irritation. A small percentage of people might feel genuinely aggrieved or upset. As the writer, do you ignore those who’d be upset? Do you want to irritate customers? It’s not typically written into a company’s strategy, that’s for sure. Ultimately, what’s happening is a company making a joke at the customer’s expense, publicly, at a moment they might have been dreading or have had no idea was coming: the bank account had run dry. Perhaps there’s no second account to transfer money out of. Perhaps you’re used to living hand to mouth, or perhaps you’ve recently lost your job or you’re enduring an interminable wait until the first Universal Credit payment comes through. Perhaps there’s nothing for the kids to eat tonight. Perhaps they’ve been bullied at school for not having the right gear and you now can’t even afford to buy the cheapest possible stocking fillers for Christmas. Perhaps – and this is not beyond the realms of possibility – you’re on your own, the future is bleak and you’re on the damned edge.

Good marketers and good writers put themselves in the place of their readers, viewers and listeners. To tap into emotions, to prompt actions, to explore outcomes. Somehow, nobody involved in the creative or on the client team thought that, actually, you don’t turn a depressing – maybe, for some people, devastating – moment around by making light of their situation. Or they thought about it and didn’t care.

And their decision reached the general public and then it reached the national press. Customers who’d experienced the jollying-up of their fragile finances ranged in reaction, from finding it funny to being furious. People took to Twitter to complain – or to mock the people complaining.

This is a rare, rare situation, but there’s a clear lesson: that every line, every word, of every script, needs examining for its interpretations and effects long before it reaches the voiceover booth. The card-declined moment could have been written in Father Christmas character a dozen other ways that didn’t make fun of the situation, even in a way that was actually supportive. And the rest of the concept wasn’t brilliant – the voiceover reminds the buyer to wrap their purchase up for Christmas. Because who doesn’t want some tinned baked beans, Pot Noodles and dental floss awaiting their attention beneath the tree?

What turned my irritation to anger was the lack of empathy among those who responded to the story in the voiceover group. It surprised me, although perhaps it shouldn’t have. One VO wrote:

I don’t think I’d count food staples and hygiene products as “stuff you don’t need” or such extravagant spending that you’d need to “reign it in”. I also think that ‘get a sense of humour’ is a heartless response to someone’s perceived oversensitivity. I pointed out that a global pandemic affects people – deprives them of jobs, reduces or cuts off income, piles on debt which breeds debt, affects mental health in various ways – and that at best this was indelicate and ill-thought-through. Nope, “being offended doesn’t mean you’re right.” Perhaps you, reading this, feel the same way.

But for a retail, open-market, customer-oriented communication, I’m definitely right. If you’re producing something for a wealth management company and you want to mock the poor, you’re probably safe to do so. They’ll never see, they’ll never know. You can be as near-the-knuckle as you like and your brand will never suffer the consequences, even if your soul does. But if you’re writing for the general public, take the time to put yourself in everybody’s shoes. The concept, the creative and the outcome will be better for everyone.

I know that had this script been put before me, in advance or even in a live session where I’d not seen it before, I’d raise a hand and ask if everyone was sure this was the approved version. If need be, I’d explain why I’d asked. Would I walk away and refuse to record? No, I don’t think so. There’s insensitive and there’s morally wrong, and this particular example falls firmly in the first category. But I know it’d weigh on my mind for a long time afterwards. Even though it’s not the job of a voice artist to voice their own opinion, that the responsibility lies elsewhere.

Two things, then. Check, check and check again that the words you’re rubber-stamping only do what you want them to do. And if the voice artist, director or audio engineer should put a hand up and ask, “Is this right? Because…” hear them out. They might just have picked up on something you haven’t. 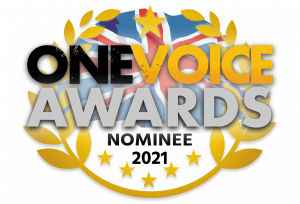 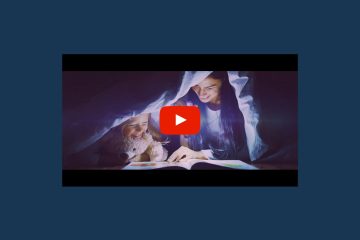 A good story takes you on a journey… And a good story requires a good script. Every film-maker knows the importance of a good story. Narrative matters. As does narration. The voiceover for this film Read more… 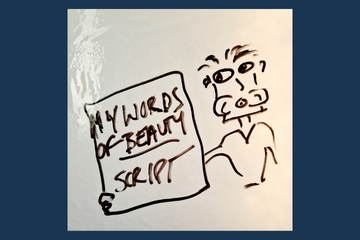 Is that voiceover script as polished and booth-ready as you thought? Will that script trip off the voiceover artist’s tongue? Or will it trip them up? Perhaps there’s even a line for which the director Read more… 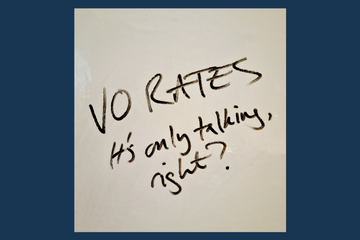 How much does a voiceover cost?

How much does a voiceover cost? Let’s keep this as simple as we can. Because there’s no single, set price for hiring a voiceover artist, any more than there is any other creative, professional or Read more…